In the tech world, every company’s prime pain is finding the right caliber who can build or develop the company’s products. Many companies fail to choose the right person for the job, so they hire another professional company to do for them.

Widder Information Technology (LLC) is a Saudi Arabian Company based in Riyadh. The company uses modern technologies to introduce different yet applicable business solutions for SMEs that help increase their efficiency and attain their business targets.

Widder built an e-commerce mobile that can easily be tailored and integrated with any SME’s ERP system. The challenge began when Widdee’s tech team introduced their new business solution, which required additional talented and expert team members, yet they were tight on the budget then.

Widder used to work with a recruitment agency in the United States to hire developers, and it used to cost them a huge amount of money per hired developer as recruitment fees only. In addition, the different time zone and the amount of time they had to wait for the right caliber to join their team. 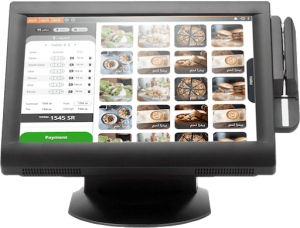 Working with Inovola helped Waiddee build and launch their business solution on time and within the estimated budget. At the time, Inovola was responsible for hiring three developers for Widdee’s Core Tech team with nearly 50% less cost than their previous recruitment company.

Within two weeks from signing the contract, Inovola hired two developers, a frontend developer and a mobile developer for Widder. And in two months after their business solution successful launch, Widdee and Inovola worked together again, aiming to expand Widdee’s development team as they were hiring a backend developer.

Inovola successfully provided Widdee a cost-efficient service in hiring; with the same quality and higher flexibility – as both time zones and working hours close to each other. In addition, Widdee, who was starting to build their solution, can now sell three copies of their solution, which increased its profit.